Returning from the biking trip with his friends, Rohan met with a serious accident. He broke through the car's rear window. His collarbone was fractured. Shattered pieces of the car window tore his neck and his jugular vein was cut open.

"I cannot remember what happened. We were riding at a normal speed when suddenly the car stopped in between of the road. As it was dark and foggy, I could not locate the car from the distance. All I recall is that my bike hit the bumper extension of the car." - says Rohan

Struggling to keep him conscious, Rohan's friends brought him to Sharda Hospital. Rohan was instantly admitted to the emergency room. He lost almost 30% of the blood. His blood pressure was 60/40. Rohan's parents were informed. One major challenge was to restore the lost blood to perform the surgery.

Dr. Priyanka Chadha of the blood bank department played a major role in overcoming this challenge. She and her team came through in supplying 6 units of blood within a short span of time.

During four long hours of surgery, the doctors removed 12 pieces of glass from his neck. Rohan was in the hospital for nearly six days. He received 22 staples in his neck and four screws in his collarbone. It took 10 weeks for Rohan to recover from the traumatic accident.

"The blood of 6 donors helped in making that surgery possible. The self-contained blood bank of Sharda Hospital saved my life. Since then I've been an active participant in their blood donation camps. I appreciate their 24*7 availability and highly competent team for my new life." - Rohan Gupta 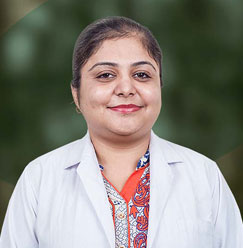