Murray John, a 65-year old man was experiencing severe eye pain and headache for quite some time. He figured it might be due to the older age and deteriorating eyesight.

After a week, Murray was still experiencing the same issue but now even his vision became blurry. While he was unable to see properly, Murray came to Sharda Hospital for a routine eye examination.

Looking at the condition of his eyes, Dr. Yogesh Arora suspected a more serious problem than deteriorating eyesight. He prescribed Murray to take a comprehensive glaucoma examination including tonometry and ophthalmoscopy. The results confirmed the case of narrow-angle glaucoma.

Concerned and worried, Murray consulted the doctor for the available treatment options. As Murray's age was over 60, any surgical procedure would have been risky for him. Though the good news was his condition could still be treated with the help of laser trabeculoplasty.

Explaining him the complete procedure, Dr. Arora ensured him that the treatment might not be able to restore the actual vision. However, it can surely stop any further damage or loss to the existing vision. With Murray's consent, the doctor proceeded with the laser trabeculoplasty. After mildly sedating him, Dr. Arora used a laser beam to unblock clogged drainage canals. This made it easier for the fluid inside the eye to drain out, thus, correcting the trabecular meshwork.

Post-surgery, Murray was kept under observation for a day. As his condition was stable, he was discharged the next day. Today, Murray is living a happy life and performing all his tasks without any problems. 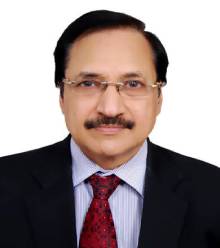