In July 2016, Neelam experienced severe headache and vomiting. When she went to the doctor she was told it was probably because of child birth. However, the medications prescribed to her did not prove to be of any benefit.

When Neelam again went to the clinic, the doctor stated that she had a food infection and there was nothing to worry. Since the medications did not improve her condition this time as well, her health concerns grew stronger.

Neelam would often experience giddiness, vomiting and diarrhea. Few weeks later, she also lost bladder control. She began to go to washroom 10-12 times a day. Her health was gradually deteriorating and no doctor was able to find the root cause of her condition.

In October 2016, she experienced severe pain while passing stools. She also observed a thin lining of blood in her stools. Worried and concerned, Neelam's husband brought her to Sharda Hospital.

She was immediately advised to undergo a CT scan and Colonoscopy along with some other tests. The results confirmed she was suffering from Laparoscopic Rectal Cancer. As her condition was critical, the doctor suggested the couple to consider surgery.

On November 23rd 2016, Neelam underwent laparoscopic cancer surgery. After sedating Neelam with general anesthesia, the doctor made an incision in her lower abdomen. The entire rectal cancer was removed and the cut ends of the rectum were sewn back together.

"My recovery was surprisingly much less painful than I expected. The incisions were unbelievably small and healed faster. I am thankful to Sharda Hospital for giving me a new life." - Neelam Sisodhia 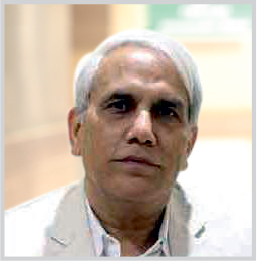