A normal day at work and no one imagines anything bad could land them at the hospital. Tulika was casually walking down the stairs of her office when she slipped and tumbled down falling on her back.

The next thing she remembers is an entire office standing beside her and an excruciating pain in her back. Miss Tulika was rushed to the hospital and an emergency X-ray at the hospital confirmed a broken back. The doctors revealed she had burst a vertebra and the surrounding ligaments and tendons were torn.

As an aftermath, Miss Tulika could also be left paralysed and not walk ever again in her life. The poor 25-year-old was left traumatised just at the thought of it.

Dr. Aarti Srivastava, the HOD Pain Clinic and Critical Care suggested a surgery which would do minimal damage to her body. In a special counselling session, she also informed Tulika about the possible risks with the surgery.

“I decided to undergo the surgery as I knew I had nothing to lose. I entered the operation theatre wide awake and could see the anaesthesiologist ready with all equipment. And then I remember nothing.. I was anxious but the anaesthesiologists calmed me down” says Tulika.

Tulika’s surgery was completed and she recovered fully without any complications. She was in the ICU for a few days and says the staff was cooperative.

“Obviously I was in pain after the operation as I was not in my usual self. However, with the support of Dr. Aarti and ward nurses who were really compassionate, I gained confidence and gradually recovered. I was able to walk just 15 days post my operation which is only and only because of the humongous support I received from the doctors and nurses at Sharda Hospital,” says a thankful Tulika. 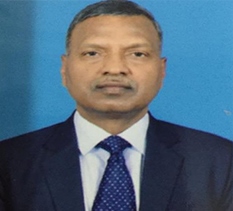