Sanchit, a 19-year-old man was suffering from Vitiligo since infancy. Though the symptoms were not strong while he was a kid, they started showing when he passed high school.

"I noticed the dry white patches on the skin in my early teens. They developed comparatively slowly to my hands, elbows, knees, and feet." - reports Sanchit

Since it was the beginning of college, Sanchit was highly focused on making the hideous condition disappear. He used some over-the-counter creams that controlled the skin disorder.

A year later, Sanchit's symptoms re-appeared. However, this time the vitiligo symptoms spread rather rapidly. He had plenty of smaller patches across his face, hands, trunk and legs. Conscious about his appearance, he visited Sharda Hospital for consultation.

But, as Sanchit's Vitiligo had already spread to the most visible regions of his body, the doctor advised him to consider phototherapy. Dr. Singh explained this procedure uses UVB radiation for treating the colorless patches of the skin.

After Sanchit's consent, the doctor began the treatment. Soon, Sanchit noticed a small amount of re-pigmentation on his arms. As the process was highly-intensive, Dr. Singh timed the therapy for 20 seconds, two-three times a week.

The doctor increased the time gradually making sure that Sanchit's skin did not burn in between treatments. It took six weeks to completely heal the condition. Sanchit has not experienced any recurrence since then and is completely fine. 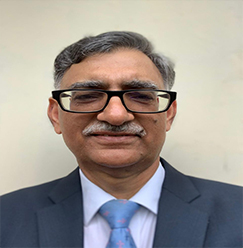