Manan was 10 months old when he got his first seizure. His situation improved as he was put on medications and was stable for the next couple years. However, after 7 years, the seizures started reoccurring.

"One Sunday, I was at home and Manan was playing with the ball by tapping it on to the wall. Suddenly, the tapping sound stopped. I went to see, what happened! What I saw was really shocking. Manan was just frozen and staring continuously at the wall", said Manan's father. Incidents like these happened often and could be fatal anytime. At the time of seizures, Manan used to go numb. They went to the nearby hospital where the doctor checked and prescribed him some medicines. For months to follow, Manan was on medications, however without any permanent resolution.

The parents decided to have a second opinion and went to the Sharda Hospital.

Manan's parents consulted Dr. Ravi Kale, Paedriatic Surgeon who suggested imaging tests. As the reports were out, Manan was diagnosed with paedriatic tumor in the brain. In August 2016, Manan underwent the surgery and was kept under supervision for 4 days. He has been coming back for post-surgery healing and the tumour has not recovered till yet.

"Dr. Ravi Kale and his team at the Child Care Institute were all time available to help our child. I am immensely thankful to them", said Manan's mother. 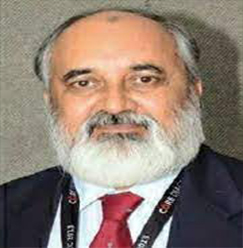